Black Satellites Arrive in Mauritania for African Cup of Nations

The Black Satellites have arrived in Nouadhibou, Mauritania where they will participate in the CAF U20 African Cup of Nations.

The Ghanaian delegation made up of 26  players, 9 technical team members, management committee members and other officials left Accra on Saturday on board an Airforce plane and arrived in Nouadhibou later on Saturday. 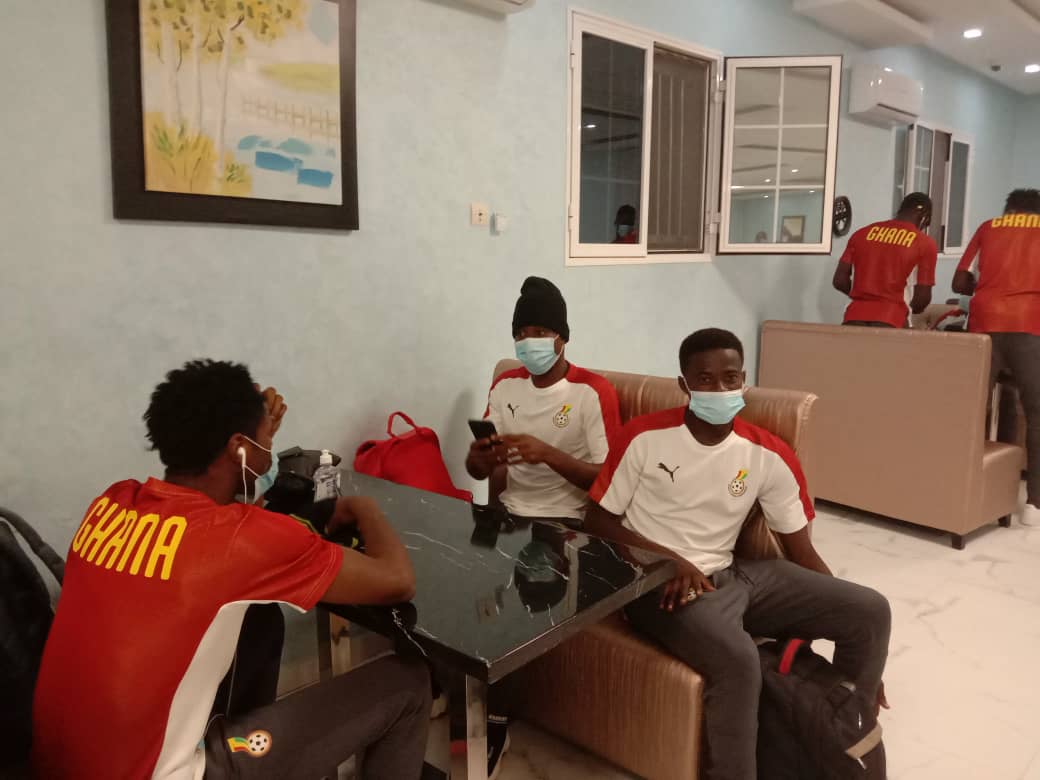 The Black Satellites will face Tanzania in their opening match on Tuesday February 16 before squaring off with Morocco and Gambia in subsequent group matches.

Tournament hosts Mauritania are in Cameroon, Uganda and Mozambique while Burkina Faso, Tunisia, Namibia and Central Africa Republic have been drawn in Group B.

The Black Satellites qualified for the competition after reaching the final of the Wafu Zone B U20 Cup of Nations in Benin where they went on to beat Burkina Faso 2-1 in the final to win the trophy.

‘I Won’t Return Your Awards, I’ll Flush All Down The Toilet’ – Shatta Wale To 3Music Awards Organisers

No Result
View All Result